Staunch (under attack) in the Guardian 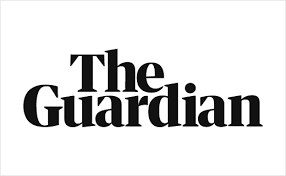 A prize for thrillers with no violence against women? That’s not progressive

Ignoring brutality may sound like a good idea but it won’t make it go away – we should challenge prejudice, not celebrate it.

Between 2008 and 2012, I was a judge for the Eric Gregory award for poets under the age of 30. The prize was founded with the aim of encouraging young poets. Who could possibly object? One person did: a friend of mine in his 60s, who grimaced when he heard I was judging the prize. “Why is all the encouragement directed at young writers?” he asked. “What about those of us who first get published in our 50s?”

It’s true that older writers also deserve support – happily, there is the McKitterick prize, awarded annually for a first novel written by someone over 40 – but no one could reasonably claim that those wishing to bolster young poets seek actively to discourage older ones; even my disgruntled friend would agree that Eric Gregory probably didn’t endow his prize in the hope of showing elderly poets that he was sick of them.

Prize launched for thrillers that avoid sexual violence against women

Any literary prize with entry restrictions displays its priorities. It’s wonderful that different awards are aimed at different groups and genres, because almost all prizes, in their intentions, are only for something, and not against anything else. The Romantic Novel of the Year award is for love stories, not against science fiction. I wouldn’t object to my next book being entered for a prize that was open only to writers between the ages of 45 and 47 who have pet dogs. Ridiculous as those eligibility criteria might be, I could enter my book for the prize without feeling I’d let down my 40-year-old cat-owning friend.

I don’t feel the same way about the recently announced Staunch prize, which, according to its website, “will be awarded to the author of a novel in the thriller genre in which no woman is beaten, stalked, sexually exploited, raped or murdered”. The prize clearly has good intentions, and wishes to take an important stand against violence towards women. The problem is that it’s not the violence that’s on the receiving end of that stand; it’s writers and readers.

Brutality is not the same thing as writing about brutality. After suffering a trauma, some people find it consoling and empowering to read, or write, about fictional characters who have survived similar experiences. If we can’t stop human beings from viciously harming one another, we need to be able to write stories in which that harm is subjected to psychological and moral scrutiny, and punished. On some occasions, perhaps the fictional perpetrator will go unpunished, if the author is writing about the failure of the legal system to deliver justice. There is no life-changing experience that we should be discouraged from writing and reading about.

The Staunch prize could instead have been created to honour the novel that most powerfully or sensitively tackles the problem of violence against women and girls. Reading the eligibility criteria, it’s hard to avoid the conclusion that the prize actively sets out to discourage crime fiction, even of the highest quality, that tackles violence against women head-on. And discourage it has. On Twitter, crime writers have voiced their dismay. Jodi Orton said: “As a fairly new crime writer, I heard about this award and initially felt like I had done something wrong in writing about violence against women.” Val McDermid added: “I expend vast amounts of time trying to write creatively about difficult things. Somewhat resent being lumped together with the crass, the incompetent and the pornographers of violence.” Sarah Hilary described the prize as “the least feminist thing imaginable”, while Steve Cavanagh used an analogy to make what seems to be an unarguable point: “Which book highlights racism and prejudice better? A book which is not about those issues or To Kill a Mockingbird? Wouldn’t it be better to celebrate a book that could challenge prejudice rather than celebrate a book which ignores it?”

The best crime novels deepen our understanding of human experience. Most of my favourites – A Dark-Adapted Eye by Barbara Vine, Broken Harbour by Tana French, Rebecca by Daphne du Maurier, And Then There Were None by Agatha Christie – include female murder victims as well as male. McDermid’s A Place of Execution is a devastating critique of the violence that is rightly disapproved of by the Staunch prize, yet it would be disqualified. That’s why I’m going to ask my publishers not to enter any of my books for the prize, even if I write a thriller in which the worst thing that happens to a woman is someone spilling coffee on her new shoes. Perhaps one day someone will argue that this too – having shoes ruined by coffee – is a negative experience that only male fictional characters should be allowed to have.

Staunch in The Critic