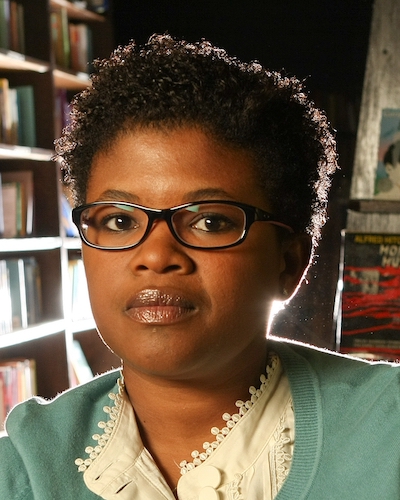 Attica Locke is the author of Bluebird, Bluebird which won the CWA Steel Dagger and an Edgar Award; Pleasantville, which won the 2016 Harper Lee Prize for Legal Fiction and was longlisted for the Baileys Women’s Prize for Fiction; Black Water Rising, which was nominated for an Edgar Award and shortlisted for the Orange Prize; and The Cutting Season, a national bestseller and winner of the Ernest Gaines Award for Literary Excellence. She worked on the adaptation of Celeste Ng’s Little Fires Everywhere and Ava DuVernay’s Netflix series about the Central Park Five, When They See Us. A native of Houston, Texas, Attica lives in Los Angeles, California, with her husband and daughter.

Nine-year-old Levi King knew he should have left for home sooner; instead, he found himself all alone, adrift on the vastness of Caddo Lake. A sudden noise – and all goes dark.

Ranger Darren Mathews is trying to emerge from another kind of darkness; his career and reputation lie in the hands of his mother, who’s never exactly had his best interests at heart. Now she holds the key to his freedom, and she’s not above a little blackmail to press her advantage.

An unlikely possibility of rescue arrives in the form of a case down Highway 59, in a small lakeside town. With Texas already suffering a new wave of racial violence in the wake of the election of Donald Trump, a black man is a suspect in the possible murder of a missing white boy: the son of an Aryan Brotherhood captain.

In deep country where the rule of law only goes so far, Darren has to battle centuries-old prejudices as he races to save not only Levi King, but himself.

Heaven, My Home is the second novel in Locke’s Highway 59 series, set in Marion County, East Texas. Located in the odd window of time after Donald Trump has won the 2016 election but is not yet president, Texas Ranger Darren Matthews must navigate a volatile world of open racism and the Aryan Brotherhood’s rising sense of power and entitlement. Matthews badly doesn’t want an elderly black man to be the one responsible for a white kid’s disappearance  – or death – despite the evidence pointing straight that way. His oldest friend, federal agent Greg Heglund, insists it’s vital to demonstrate that equality must be seen to play both ways. In the coming climate as never before, justice must be impartial. Is Matthews blind to the truth because what he wants to believe matters more? And will he compromise his own integrity to get himself off the hook?

Attica Locke’s accomplished and timely novel strides confidently into the fray as, four years down the line, we’ve seen how Trump’s whipping-up of white supremacy has erupted into the rage of Black Lives Matter. This is a complex, character-led story and well-told,  satisfying crime thriller. The wide expanse and troubled shores of Caddo Lake provide both an atmospheric setting and a reminder of its previous role in the waterborne commerce of the last century. Hugely atmospheric and bristling with racial tension, Heaven, My Home, sees Ranger Matthews negotiating his own complicated relationships as he strives to find the truth in a place full of secrets and lies.

And as if that wasn’t enough, Locke provides us with a thrilling soundtrack in the jazz played and listened to by characters throughout the novel. definitely best read with the music ready to cue.

Heaven, My Home is published by Serpent’s Tail.