Now in its fifth year, Staunch Book Prizes are awarded to novels, short stories or flash fiction in the thriller genre in which no woman is beaten, stalked, sexually exploited, raped or murdered.*

Is this a gagging order on writers who DO feature violence against women in their novels?

NO! We believe authors should write what they want. Our criteria are for entering this prize, nothing more.

What are we looking for?

Well-written, exciting thrillers that offer an alternative narrative to stories based around violence to women. That doesn’t mean we’re just looking for thrillers that feature men in jeopardy instead, but stories in which female characters don’t have to be raped before they can be empowered, or become casual collateral to pump up the plot.

As our previous SHORTLISTS and WINNERS prove, there are so many other stories to tell.

Any genre of thriller is welcome – crime, mystery, historical, sci-fi, cyber, comedy, psychological, spy, suspense, environmental, political, satirical, disaster, and ones we haven’t even thought of! We are not at this time looking for pure horror or fantasy novels. Stories that feature women in strong leading roles are even more welcome. But as long as the main criteria are followed, any thriller novel is eligible for entry. 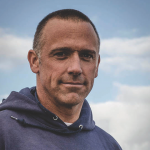 “The Staunch Prize tapped into a debate in crime fiction that’s bigger than just authors and their readership.” Jock Serong, winner, 2018, shortlist, 2020.

The Staunch Book Prize was launched to draw attention to the plethora of violence towards women in fiction and to make space for exciting alternatives. While horrifying numbers of women in the real world are subjected to sexual abuse and violence, are harassed, assaulted, raped, or murdered BECAUSE THEY’RE WOMEN, the casual and endless depiction of females as victims or prey sits uneasily alongside their fight.

All over the world, real rape survivors struggle to be heard, counted and believed. Under-reporting of rape is rife, partly because victims fear being torn apart in court. Prosecutions continually fail to deliver justice to survivors. Meanwhile, in popular culture, women are endlessly cast as victims of stalking, abduction, rape and murder for entertainment.

Not everyone feels the same about depictions of violence, of course, but we’re now firmly in the post-#MeToo and Time’s Up era, and since this prize launched, people from around the globe have contacted us to say that a prize like this is long overdue – and that they’d given up on thrillers altogether  – until now. Their feedback on our shortlisted and winning novels has been tremendous. There is indeed a healthy audience for thrillers without violence towards women.

Fictional stories – books, TV and film – tend to focus on the most exaggerated and heinous forms of violence meted out to women. Evil geniuses, psychopaths and ‘sexy’ serial killers abound as society’s bogey-men again and again. The facts are very different. Most women who are raped or murdered are victims of a man they know or knew. But those don’t make for such ‘exciting’ stories… 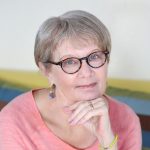 “What Staunch uncovered was a trove of thrillers that turn on complex social and political issues and make us feel their human urgency. This is not censorship, but permission to create intelligent entertainment.” Joyce Thompson, shortlisted author 2018

We focus on thrillers because they’re a huge and important genre in their own right – and frequently also source material for film and television. We want to show not only readers, but producers, directors and actors that there are amazing, complex stories which are also perfect for screen adaptation being written today by authors with fresh ideas, great imagination, brilliant plotting skills and truly original stories to tell.

Join us in changing the narrative by making room for more original thrillers! 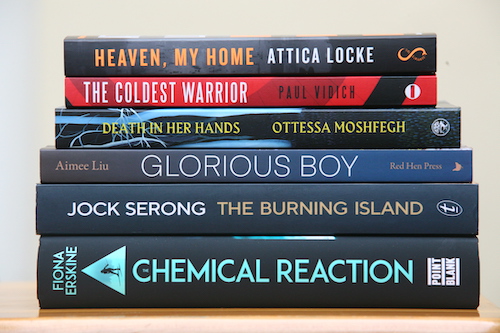 Our 2022 THRILLER NOVE, SHORT STORY and FLASH FICTION competitions for published and unpublished work are open from February 14th to July 31st.

Go to 2021 Short Story and Flash Fiction shortlists and winners 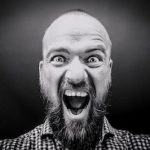 Some people find the idea of thrillers without violence to women outrageous!

Learn how we respond to our detractors, and fire your own thoughts to us via the contacts page.

“Crime novels are either narratives of investigators or narratives of criminals – rarely are they narratives of victims. While the murderer and, subsequently, the detective in some sense write their stories on the victim’s body, the victim, often conventionally female, seldom gets the chance to tell her story.”  Sabine Binder, Research Fellow for South African Literature at Stellenbosch University, South Africa