Death In Her Hands 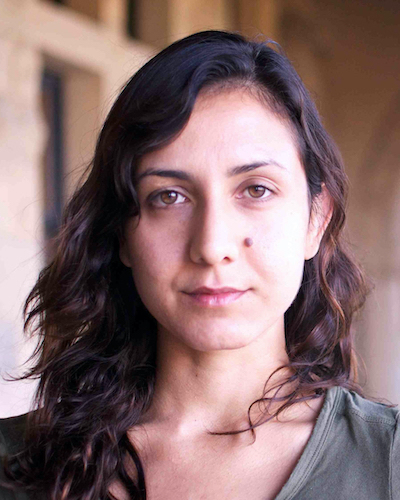 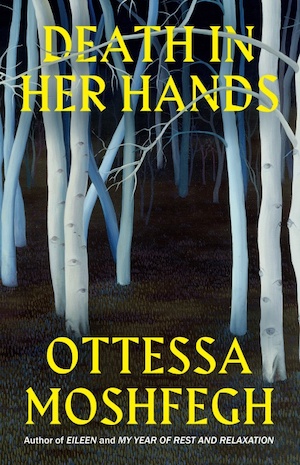 Death In Her Hands

While on her daily walk with her dog in the nearby woods, our protagonist comes across a note, handwritten and carefully pinned to the ground with stones. Her name was Magda. Nobody will ever know who killed her. It wasn’t me. Here is her dead body.

Shaky even on her best days, she is also alone, and new to this area, having moved here from her long-time home after the death of her husband, and now deeply alarmed. Her brooding about the note grows quickly into a full-blown obsession, as she explores multiple theories about who Magda was and how she met her fate. Her suppositions begin to find echoes in the real world, and the fog of mystery starts to form into a concrete and menacing shape. But is there either a more innocent explanation for all this, or a much more sinister one – one that strikes closer to home?

In this razor-sharp, chilling, and darkly hilarious novel, we must decide whether the stories we tell ourselves guide us closer to the truth or keep us further from it.

Here at Staunch, we love an older female protagonist, and 72-year-old Vesta Gul doesn’t disappoint. In this twisting, strange journey we are in the company of a woman recently widowed and relocated, emerging from a life of marital oppression into a world of freedom and imagination. The note she finds suggests that old cliché, a woman murdered in the woods. But with no body to find, and little else to go on, rather than alert the police, Vesta embarks on an investigation that becomes an obsession, determined to figure out what happened to missing-presumed-dead, Magda. Bit by bit, she conjures Magda to life by piecing together who she imagines her to have been. As her hunches appear to prove true, Vesta is convinced she’s identified the other local characters in Magda’s life and the part they must have played in her demise.

Emerging through Vesta’s self-effacing memories, we learn of her late husband Walter’s infidelities and endless put-downs, crushing her intelligence and muting any vestige of self.  He declared her thinking about things as childish: ‘like playing in your mind like a sandbox.’ But we also listen in on her gradual realisation and growing anger that he took her autonomy away. But once Vesta’s mind is free to play, and Walter’s ashes have been dumped in the lake, that sandbox proves fertile ground. Vesta sees Magda as a far-from-perfect, three-dimensional young woman with a background, a history, and some tough life-choices to make – some made badly but with full agency. Magda is a woman Vesta likes and respects. A woman she recognises as a possible self. As Vesta’s investigation grows darker and turns increasingly inwards, a shocking conclusion brings the story full circle and the outcome for Vesta is as strange as the mystery she’s been trying to solve.

Death In Her Hands is published by Vintage.