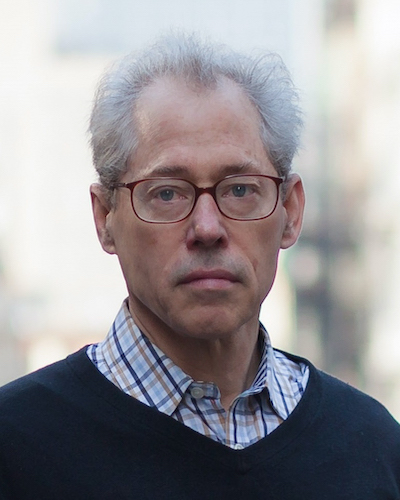 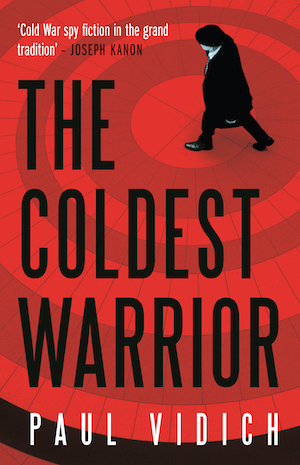 Paul Vidich has had a distinguished career in music and media. Most recently, he served as Special Advisor to AOL and was Executive Vice President at the Warner Music Group, in charge of technology and global strategy. He serves on the Board of Directors of Poets & Writers and The New School for Social Research. A founder and publisher of the Storyville App, Vidich is also an award-winning author of short fiction. His novels, An Honorable Man, The Good Assassin and The Coldest Warrior, are available from No Exit Press.

The new novel by acclaimed espionage author Paul Vidich explores the dark side of intelligence, when a CIA officer delves into a cold case from the 1950s—with fatal consequences.

In 1953, at the end of the Korean War, Dr. Charles Wilson, an Army bio-weapons scientist, died when he “jumped or fell” from the ninth floor of a Washington hotel. As his wife and children grieve, the details of his death remain buried for twenty-two years.

With the release of the Rockefeller Commission report on illegal CIA activities in 1975, LSD is linked to Wilson’s death, and suddenly the Wilson case becomes news again. Wilson’s family and the press are demanding answers, suspecting the CIA of foul play, and men in the CIA, FBI, and White House conspire to make sure the truth doesn’t get out.

Enter agent Jack Gabriel, an old friend of the Wilson family who is instructed by the CIA director to find out what really happened to Wilson. It’s Gabriel’s last mission before he retires from the agency, and his most perilous as he finds a continuing cover-up that reaches to the highest levels of government.  Key witnesses connected to the case die from suspicious causes, and Gabriel realizes that the closer he gets to the truth, the more he puts himself and his family at risk.

Following in the footsteps of spy fiction greats such as Graham Green, John Le Carré, and Alan Furst, Paul Vidich presents a tale—based on the unbelievable true story told in Netflix’s Wormwood—that doesn’t shy away from the true darkness in the shadows of espionage.  Men who work in covert operations inevitably bring some of that darkness into themselves, suffering the moral hazards of a line of work that sanctions lying, deceit, and murder.

The Coldest Warrior has a chilling ring of authenticity, grounded no doubt in the description of the ‘jumped or fell’ death of Paul Vidich’s uncle in 1953, and the effect it had on his extended family. In creating this fictionalised account of a similar death, and its investigation two decades later by a loyal CIA agent on the point of retirement, Vidich brilliantly switches the stakes to make the seeker after truth one who has nothing to gain by rooting out corruption and lies, and everything to lose.

Vidich’s arresting writing style confidently pulls us into Washington’s darker world and lets us witness the actions of one era being held to account by the inquisitors of another. Aware as today’s reader must be of the almost unbelievable scandals and bad players of the recent US administration, it’s impossible not to wonder what might emerge from similar questions being posed in the next few years.

A skilled writer in very assured control of his material, Vidich joins the ranks of the best cold war novelists with this exciting thriller.

The Coldest Warrior is published by No Exit Press.