By SBP16th January 2020No Comments 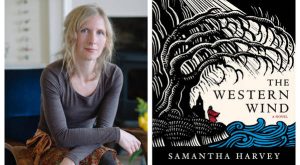 There is, unfortunately, one place where women have never had to fight for representation: as victims of violence in best-selling thrillers. That ever-growing pile of corpses inspired British screenwriter Bridget Lawless to found the Staunch Book Prize, which is awarded to “a novel in the thriller genre in which no woman is beaten, stalked, sexually exploited, raped or murdered.” On Monday, the prize went to Samantha Harvey’s “The Western Wind,” a sophisticated murder mystery set in 1491 England (review). The prize is not without controversy. Sarah Weinman, editor of the anthology “Women Crime Writers” and author of “The Real Lolita,” tells me she feels conflicted about the award. “It adopts a more extreme measure to a complicated question. There’s too much gory, glorified, sexualized violence in crime fiction, for sure — and I avoid a lot of it. But I also believe a writer should be free to do anything and take the risk, but the degree of difficulty has to be set high and the writer must exceed it.” For her part, Harvey, who lives in Bath, tells me, “Yes, women are subjected to violent crime — this is a reality. As I understand it, the Staunch Prize isn’t saying that there should be no violent crime against women in novels, any more than the Women’s Prize is saying men shouldn’t write novels. More, let’s have a prize that helps redress a balance. Let’s thrill readers in a different way. Let’s acknowledge a trend, and then buck it; let’s celebrate doing that.”