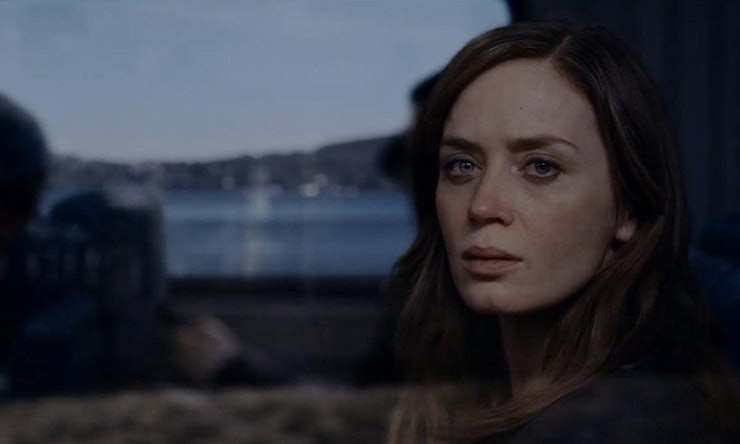 A new literary prize just stepped onto the scene, and it has a strong set of morals behind it. Author and screenwriter Bridget Lawless has launched a new prize for thrillers that avoid violence against women. According to the award website, “[t]he inaugural Staunch Book Prize will be awarded to the author of a novel in the thriller genre in which no woman is beaten, stalked, sexually exploited, raped or murdered.” The winner will receive a £2,000 cash prize — about $2836 U.S. — which will be paid by Lawless herself. The submission period for Staunch Book Prize entries begins Feb. 22 and runs until July 15.

Guardian readers may recognize Lawless’ name in connection with a recent op-ed, published Jan. 12, in which she wrote that she would abstain from voting in this year’s BAFTA awards, due to the flood of #MeToo accusations against movie-industry hotshots. The BAFTAs are also responsible for bringing the Staunch Book Prize into being. Lawless drummed up the idea for the literary prize after noticing how many of last year’s BAFTA nominees “featur[ed] rape as a plot device.”

Even in 2018, many movies, books, video games, and TV shows continue to rely on the Rape as Backstory and Rape as Drama tropes. These figurative elements explain away sexual assault in fiction as necessary to increase tension or spur a character — either the victim or someone close to them — to greater action. Clearly, the use of these tropes is highly problematic, simply because it implies that there is a certain utility to rape, that it will help to enrich a narrative or — more insidiously — build character.

Not only that, but it’s actually kind of lazy to write that way, when you think about it. Who wants to read about the same crime over and over again, committed with new characters? What reader wants all of their hardened female detectives to have the same grisly backstory? Not me, and probably not you, either. Here’s what Lawless has to say on the subject:

“I’m certainly not alone in getting increasingly fed up and disgusted with fictional depictions of violence happening to women in books, films and television. It echoes, exaggerates, fetishises and normalises what happens to women in the real world. But I know there are writers creating thrilling and complex work without going there.”

The Staunch Book Prize is open to submissions Feb. 22 through July 15. Look for the shortlist announcement sometime in September. The winner of the inaugural Staunch Book Prize will be announced on Nov. 25, the International Day for the Elimination of Violence Against Women.