Staunch in Quill and Quire

By SBP11th November 2018No Comments 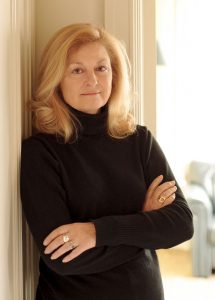 Anna Porter’s 2017 thriller The Appraisal (ECW Press) is one of six international titles nominated for the inaugural Staunch Prize. The controversial literary award, founded by U.K. author and screenwriter Bridget Lawless, will be presented to the author of a thriller in which “no woman is beaten, stalked, sexually exploited, raped, or murdered.”

The shortlist, which includes several multinational titles and an unpublished manuscript, was selected by Lawless along with literary agent Piers Blofeld, actor Doon Mackichan, and editor Elaine Richard. Lawless, who also funded the award, was criticized by some members of the crime-writing community of promoting censorship and trying to ban violent stories. She told The Bookseller: “In fact, we were simply looking for alternatives to depicting women as victims of sexual violence and murder.”

Porter is the author of nine fiction and non-fiction titles, most recently, In Other Words: How I Fell in Love with Canada One Book at a Time (Simon & Schuster Canada).

The full list of nominees is available on the Staunch Prize website. The winner, who receives £2,000, will be announced at an event on Nov. 26 in London.